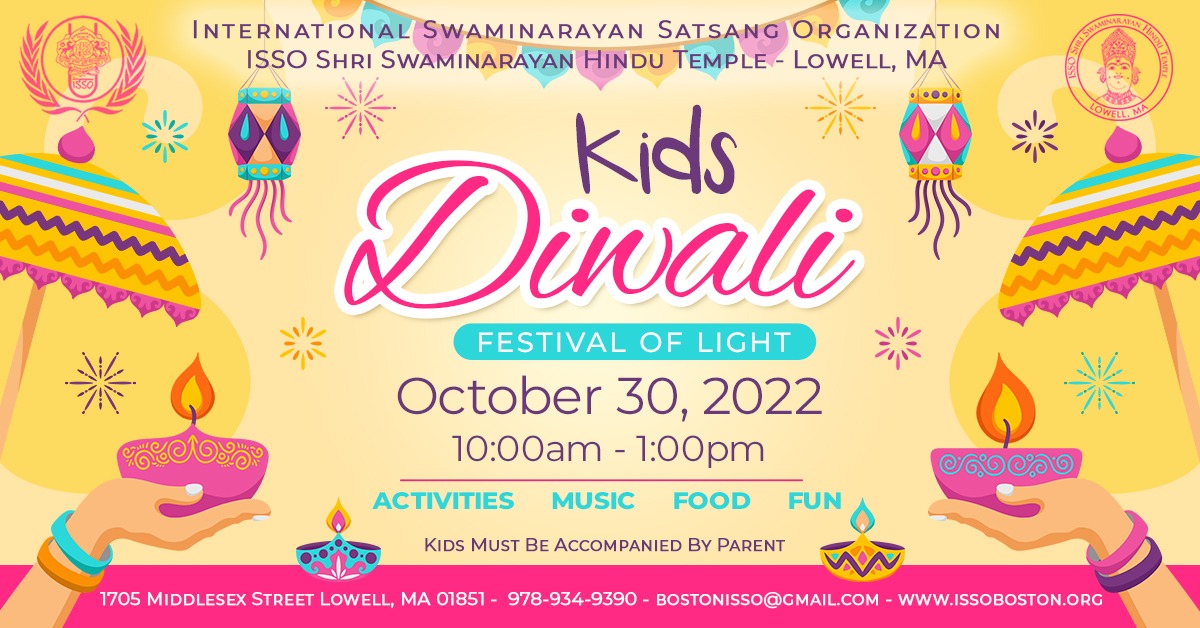 Satsang in the area began in 1987 with His Holiness 1008 Shree Tejendraprasadji Maharaj’s first visit. Within three years of His Holiness's visit, the followers had decided they wanted a magnificent temple to enrich their children with culture, spirituality and devotion. Many hardships came in constructing Shree Hari’s divine abode in, but with the divine blessings of Lord Swaminarayan the construction finished. The in is a divine gift from Akshardham for the devoted followers of this area.

The installation ceremony of the idols in the temple was celebrated in the presence of thousands of people from all over , and with great splendor. After the installation of the idols, His Holiness 1008 Shri Tejendraprasadji Maharaj said to the Mayor of Lowell, MA, “We have not changed this facility, it was a place of worship for many before and it is still a place of worship for many“.

In August of 2006 the temple was restablished on 1705 Middlesex Street . The new temple is located on 3 acre land with more than 200 car parking in the heart of and in close proximity to the Indian community. There is a city playground adjacent to the temple and the picturesque flowing nearby. The temple has living quarters for His Holiness Acharya Maharajshri, Her Holiness Gadiwala, and respected saints. It contains state-of-the-art lighting and audio system along with a gym, library, classrooms, and a commercial size kitchen.

In addition, the key attraction is a huge banquet hall (named Shriji Banquet Hall) that can seat more than 500 people on table and chairs. This is being utilized to conduct social, cultural, educational, humanitarian activities plus youth camps that are organized by Shri Nar Narayan Dev Yuvak Mandal. 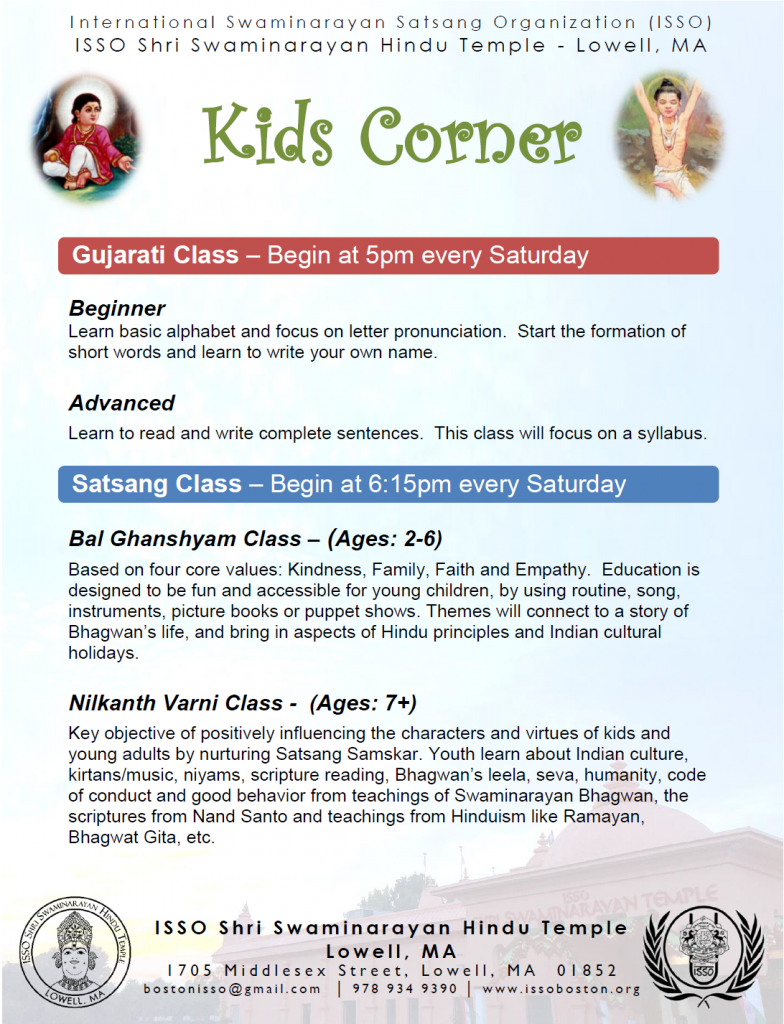 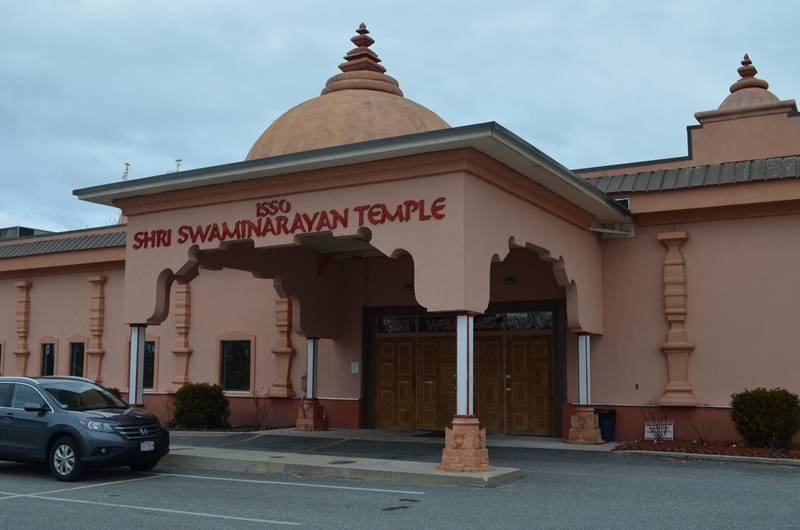 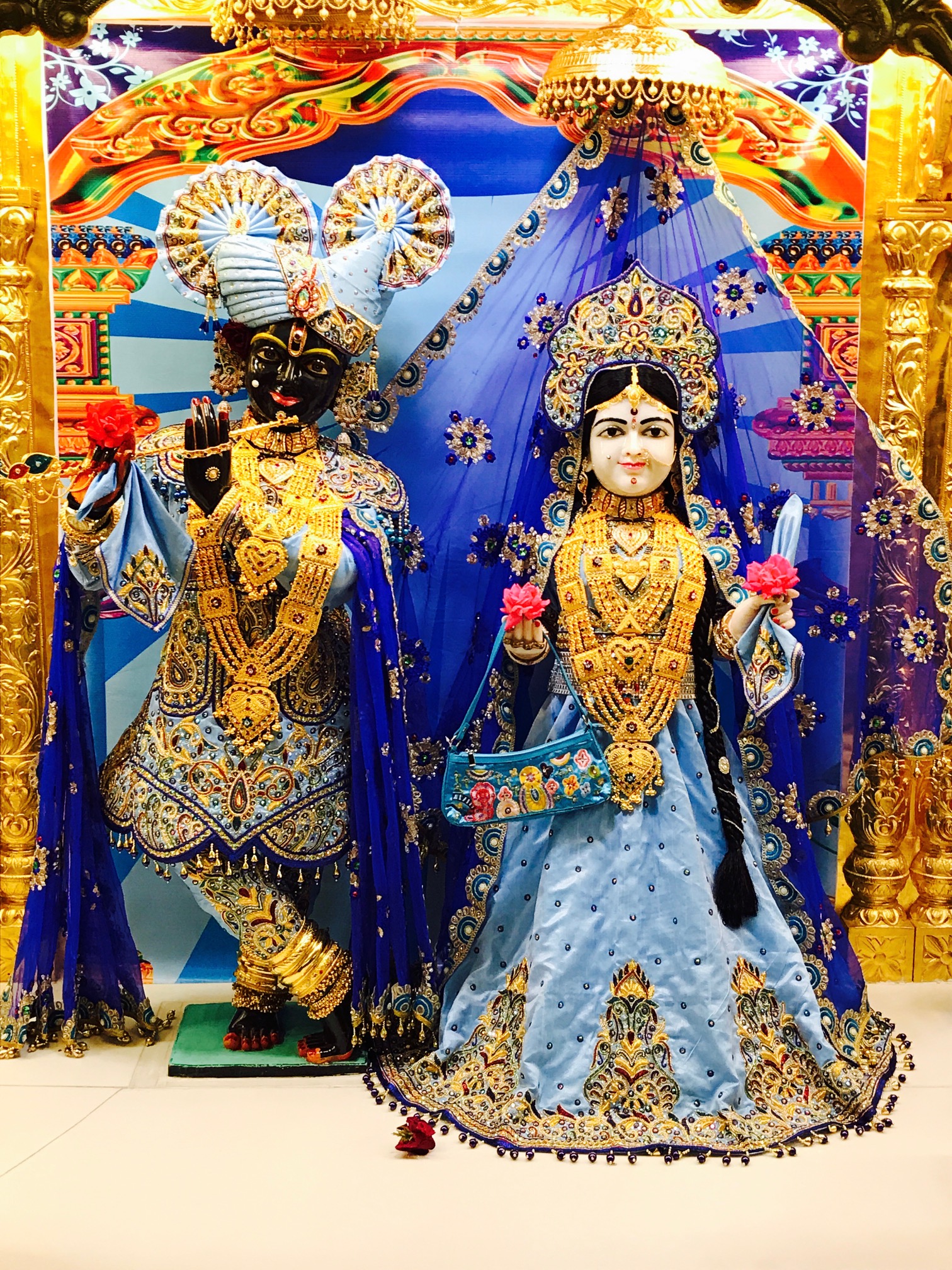 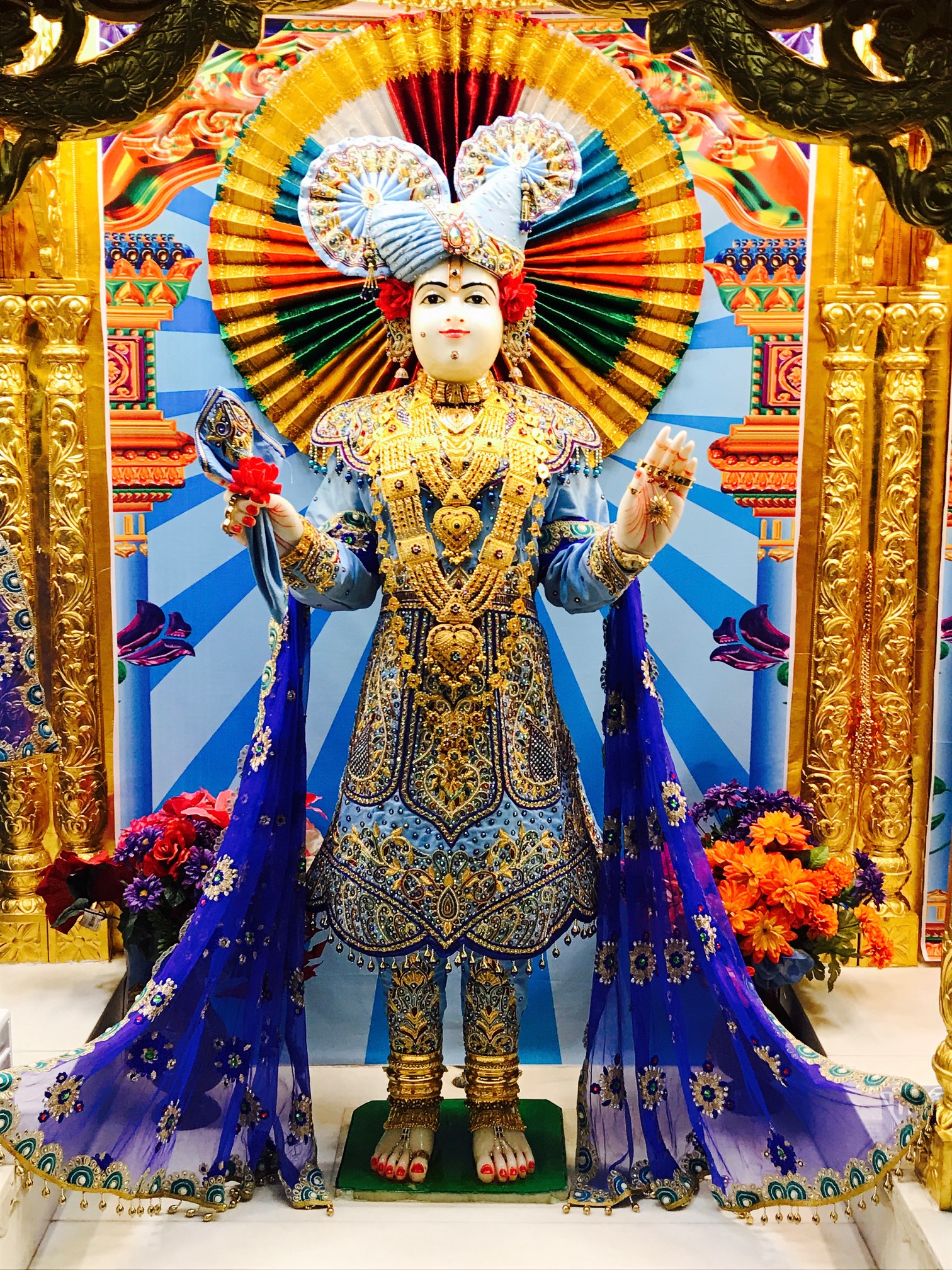