They shall also celebrate big festival in temples of Lord Krishna and shall give various kind of alms to deserving Brahmins.

The temples of God, means temples of Lord Shri Krishna. Festive celebrations means to worship and please Lord Krishna with music, Kirtans, dance, Mahabhishekam, Mahanaivedyam etc, on Ekadashi, Janmashtami and other festive days. Donations in various kind should be offered on these days to a deserving Brahmin. Daan Khanda describes finer distinctions of a similar looking donation. For example in the case of donating a cow, there are distinctions like a cow of Gold, a cow of sesamum seeds, a radish - brown cow and a cow with double mouth, may be the distinctions in donation of a cow. Similar is the state in regard to other donations. A cow, a piece of land and gold are considered fit for a donation. As there is 'etc' with such donation a saints may be given clothes etc things for a donation. In Krita-Yuga (the age of truth) the penance is prominent, in Treta-Yuga it is knowledge who prevails upon everything, in Dwapara Yuga, holy fires are prominent but in Kali Yuga (present age) donations are supreme in achieving desired fruits. Brihaspati has said, 'Penance is the religion of Sat-Yuga, knowledge is the religion of Treta Yuga, Yagya (holy-fires) is the religion of Dwapara Yuga and the trio of donation, mercy and control on the sense organs is the religion of Kali Yuga (present age)' . Shatapatha Shruti says, 'Learn controlling the sense organs, donating and being merciful.' Yagyavalkya has described the attributes of a proper one, 'The propriety can not be attained only by acquiring knowledge and performing penance, but the one who has good character and acquired both these becomes a proper one.' Yama has said, 'The Brahmin who learns Vedas, observes religious orders, performs penance and meditation, has the virtue of forgiveness, donates to others, lives a truthful life, becomes a proper-just-person.' Cow, land, Gold etc. should he donated to such a proper person by offering a Poojan-and worship to him. But, the learned wise who are desirous of their own prosperity should not donate to an improper - person. The attributes of a proper person for receiving such donation, may be learnt from Daan Hemadri, but the donation in the form of food and water does not require a test in propriety of the receiver. For that, Vyas has said in Bhagwad Bhaskar, 'Don't think of propriety of a receiver of a donation of food or water. If he is hungry, he is proper for receiving food as a donation, and if one is unclothed, he is just for receiving donation of a cloth. But in donation of other things, if such donation goes to an improper person, the donation becomes Tamas Daan . Bhagwan says, 'Irrespective of place and time, a donation made repeatedly without any knowledge becomes a Tamas Daan. The fruits of such donation are attained by taking birth as a bird.' This has been said by Him in Vishnudharmottar Puran. Moreover, it is said that the fruits of such donations are attained by a donor on taking birth as a bird. What one should do when a proper person is not available? For that, Bhaskaracharya has said, 'Address in your mind a proper one and pour water from your palm in the water container or in any water body on such mental resolute of donating gives desired fruits of donation to a donor, and as and when a person receives such donation, does not attract any fault for receiving a donation. Thereafter, such donor should handover that donation to proper person when he finds him, or he should arrange to send it to the home of a proper person.

Showing more about such donation, it is said in Kashi Khanda that a donation becomes an everlasting donation when it is given to any one from these nine: A proper person, a friend, a poor, an orphan, a favourer, a mother, a father and a Guru (preceptor). The donation given to any one from these nine becomes futile: a Bhat (singer of the praises), a Charan (a royal bard), a thief an alchemist, a rascal, a cheater, a wrestler, and a public praiser. It is said in Parashar Smriti that a donation to such one becomes futile if such a receiver sells to the others the things of such donation. Also it is a futile donation if it is given to person who has fallen after a rise. And a donation becomes futile if it is given from an unjustified income. A donation is not fruitful if it is given to a non-brahmin, a fallen one, a thief, a hater of his own perceptor, an unthankful person and common priest of whole village. The priest of whole village, Husband of a debauch woman, a trader of the Vedic knowledge, one in whose house a wife has a kept-husband, one who is a henpecked husband, a snake charmer and a servant if given a donation, such donation becomes futile for the donor. Thus these Sixteen donations are not fruitful. Now, Bhavishyat Purana says about a proper donation: To donate to a virtuous person, a donation from a just earning or possession is the main attribute of a donation . Mahabharat says, 'Oh Yadhishthira ! That donation becomes an everlasting and eternal donation which is given from a just earning and donated with earnest faith and with proper rituals.' Yagyavalkya has said: In a manner not creating any controversy in the family, one can donate any thing excepting his wife and his son. If lineage continues after the one, the one should not donate everything of him. One should not donate to somebody else after promising a donation to the one. If there are many children in a family and if there is no opposition in the family for a donation, then after satisfying the needs of clothing and food for the family, one should donate from remaining savings, but should not donate any thing by creating a conflict for the same in the family. Vyasji has shown alternative in this: If a great Brahmin soul comes to the house, the householder desiring self emancipation, should donate food to a visitor at the cost of the family members. These sentence applies to visiting ascetics and saints. In Daan Khanda, Daksha, has described the things which can not be donated: common property, things borrowed from others, things received in deposit, things of hypothication, wife, women's wealth, things received from others and deposit amount should not be given in donation. These nine things should not be donated even in the times of greatest trouble. The thing for which there are many owners, is called a common property. The ornaments and clothes borrowed from others for personal use have been called a borrowed thing. Trusted items means such items which have been given by some one to the house members by asking them to hand it over to the head of the house. Ornaments and precious items belonging to a woman are called woman's wealth. Deposit means a thing kept in the house by some one by considering the presence of the owner of the house or without any consideration. It is also said that donation of a used cloth, donation given after an insult, insufficient donation, donation of an unclean thing, donation from an unjust income, are not just as the donations. Also it is said that donation of gold, silver and copper made to an ascetic becomes a fultile donation, and instead of earning punyas for a donor it becomes it becomes an irreligious act. Smrits have said that a donar donating gold to an ascetic, consigned to hell after his death. Deval Rishi has said that a donor who is desirous of Punya should not donate cooked food to a householder, a milk product to a Vanprastha (one who is in third stage of his life) and should not give money to a beggar.

Some more has been said in Daan Dharm about a taker of such donation. Those who are without knowledge and penance should stay away from taking a donation. Because a learned one removes through his knowledge the drawbacks incurred to him due to accepting a donation. The act of taking a donation removes brahmic light of a Brahmin. But the sufferer families should take a good donation from a Sat Purusha. Vyasji has said in Daan Mayukha : A man receiving a donation of deer skin, a bed given after some ones death and an impregnated she lamb in Kurukshetra area never takes again a birth as a man. Iron, sesame seeds, a buffalo, oil, salt, a cow made of sesame seeds and jewel are called disastrous donations. It is said in Daan Khanda of Brahm Purana that a donation even to save his own life, should not be taken by the one in an area about the four hand length of a river stream. Yagyavalkya has said in connection with the donations that a killer of animals, a driver of a oil extracting mill, a distiller, a prostitute and a king are wicked by nature in multiple of ten to each other in their merit order given above. Here, a king means such a ruler who rules his state by disowning the limitation of the scriptures . Bhaskaracharya has said that no donation should be accepted from a king who flouts the scriptures. Mitakshara says that a donation should be accepted from such a king who donates without begging to him for the same. Evil doers if donates without a demand to them, such donation should be accepted form them. But an uncalled for donation should not be accepted from a prostitute, an impotent, a fallen one or an enemy. Because in Prayaschita Mayukha, Lord Manu has shown a way of atonement for accepting a donation unknowingly from an improper person: If a donation has been received from a unjust -improper-person, such a receiver of a donation should stay in a cow hut, living on the milk of cow and chanting hymn of Goddess Gayatri for the three thousand times with a rock steady mind and divine bliss. 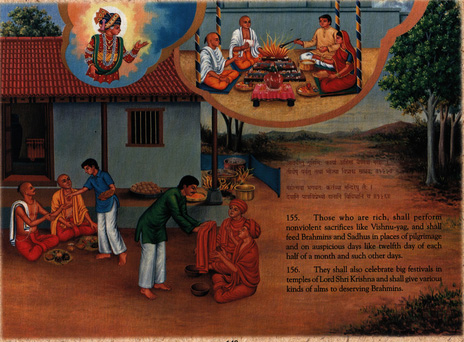 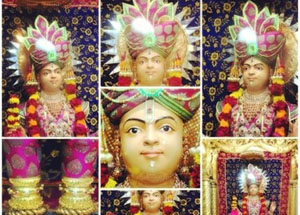 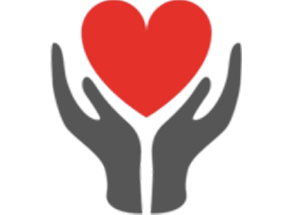