In 1844 A.D a person by the name of  took birth as Kurumsey Damjee in Waghora (Kutch) in a poor household family. His father died when he was very young. His mother took him to Anjar at a young age. At that time in Anjar there was a Mukt Lady by the name of Taj bai. Karamsey’s mother went to Taj bai and informed her of their condition. Taj Bai advised her to go to Bombay (now Mumbai) to earn a fortune.  When Taj Bai suggested her, Karamsey’s mother, informed her that she does not know anyone in Bombay and does not know where to stay, to which Taj Bai advised her to stay on the Foot path of Bombay and also recommended her to chant the name of Lord Swaminaryan in case of any difficulties, who the almighty would take care of them.  Taj Bai also provided her with some food for them till they reach Mumbai and on the way.

Thereafter Karamsey with her mother came to Bombay. As that was the only way to stay in Bombay they resided on the footpath and sang in the praise of Shreeji Maharaj (Lord Swamianryan). Seeing their condition and also getting appraised of their Bhakti in their difficult times, a Sheth residing in the house near the footpath asked who they were and where they had come from. Kurumsey’s mother replied that they were from Waghora-Kutch and had come to Bombay to earn their livelihood. Then the Sheth asked whether they would like to work at his place. Kurumsey’s mother agreed on a condition Karamsey is provided with the facility of education i.e. schooling.  The Sheth took them to his house and put Kurumsey in a school where he studied and side by side the Sheth started taking young Kurumsey to his shop for some small work.

After his study till the fifth standard at the General Assembly he joined his Father-in-law to work for P&O LTD, then a small company. After his joining the company showed good progress where Karamsey took up the job of Mukadum for  M/s. Greaves Cotton Ltd. Which was owned by two Englishmen - James Greaves and Sir George Cotton who highly impressed with his work and earned his trust. Supridentent of his company, Mr. Parker gave the charge of loading and uploading of the ships at Princess Dock to him (with two other employees partners- Haj Kasam and Pubash). He faithfully served the company for 25 years. The chief of the Company Sir Walter Hughes and Secretary Mr. Humane appreciated his work and when he retired from the company, they honoured him with a huge bonus.

In the Hindu-Muslim riots of 1893, Karamsey Damjee provided good service to the government. He made the first call for calm and was successful. They honoured him with the title of ‘JUSTICE OF THE PEACE’ for his service.

Karamsey Damjee provided good service during the plague of 1898 and made a hospital for his Kutchi-Lohana community at Dariyasthan, Masjid Bunder, Mumbai. In 1898 there was a call for strike by the cotton industry and at the docks, he worked with Sir George Cotton to solve the impasse. Appreciating his service during the Strike,the government conferred him with the title of ‘RAO BAHADUR’ or his service.

Due to his sanskar from previous birth, he thought of the sacred work of making a building a temple of his Ishtadev, Lord Shree Swaminarayan in Bombay.

Prior to his thought in 1868 A.D. (1924 SAMVAT) Sheth Rancchoddas Pranjivandas had built a hari mandir in a small bungalow by replacing his own house in Bombay. In this temple, His Highness 1008 Acharya Maharaj Shree Bhagwatprasadji performed the Murti Pratistha by installing the (prasadi murti of Bhagwan Shree Swaminarayan) of Shree Golok Vihari Maharaj along with Shree Harikrishna Maharaj on Vaishakh Sud Ekadashi(11), S. Y. 1924. To provide for the day to day maintainence of this temple, Sheth Rancchoddas Pranjivandas donated all his life earnings to a trust made and settled for this purpose. This is the story behind the first temple built in Mumbai prior to the present one.

On the other side, Sheth Shri Kurumsey Damjee thought of building a temple in Bombay, in Vadtal. His Highness 1008 Acharya Maharaj Shri Viharilalji Maharaj in 1895 (S.Y. 1951) decided to send Balmukunddasji Swami from Junagadh to Bombay to purchase land and to unite devotees in this task and Swami Keshavcharandasji accompanied him to Bombay in the monsoon period.

Pujya Shri Balmukunddasji Swami spread the preachings of Lord Swaminarayan  and of his dharma and unity. All the devotees were happy and united together for the purpose of building the temple. Swami Balmukunddasji negotiated the land around the old temple for Rs. 1,71,000/- and called for the meeting of the devotees on a pre decided day to offer their contributions and donations for the cause, according to their capacity and faith. The total requirement was not made known to all the devotees as Swami Balmukunddasji did not want to press upon all the devotees and wanted them to contribute as per their wishes. When the total contributions was aggregated and counted the total funds collected was exactly equal to the amount required of Rs. 1,71,000/-.It is believed to be a miracle as the requirement was equal to the total amount of contribution, which would not have happenend without the blessing of the supreme lord Shree Swaminarayan Bhagwan.

Thereafter Sheth Shri Kurumsey Damjee made a glorious new tri-spire Shikharband temple on the same spot of the old temple and organized the murti-pratistha of Ghanshyam Maharaj and Laxmi Narayan Dev at the central sactorum of the temple by His Highness 1008 Acharya Maharaj Shree Laxmiprasadji Maharaj with great fervour in 1903 (Vaishakh Sud Dwadashi S.Y. 1959). Rao Bahadur Seth Kurumsey Damjee provided all the material and intellectual resources for the construction of the new and present temple. Presently, in lineage of Shri Kurumsey Damjee, Nimeshbhai and his son Pranavbhai are in satsang and are continuing his good work. Shri Mathuradas  friend of Karamsey Damjee too donated Rs. 25 000/- for this noble cause.

Thereafter Karamsey Damjee also built a Ghat at the banks of the river Ghela in Gadhada, Dharamshalas in Kutch (Waghora), Mathura and Ayodhya providing good service to the Swaminarayan Sampraday Sect. He was also a proponent of providing education to poor children.

He was an respectful and prominent member of the Kutchi-Lohana community. In Bombay he dreamt of building a sanatorium, two floors of which he built himself. His son Vassanjibhai completed the building after him.

Seth Kurumseybhai was on very good terms with the government, however he was very modest and straightforward. After building a temple in Bombay, sadhus living in the temple called him ‘KAMLO’. He loved this. He didn’t like anyone calling him Seth. He used to walk to the temple daily for darshan despite having vehicles at his beck and call. While returning, he would go home by car (or carriage). He was such a disciplined and an bonafide devotee of Lord Swaminaryan. 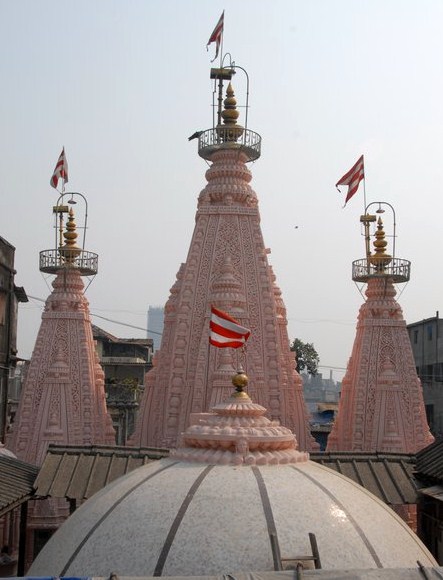 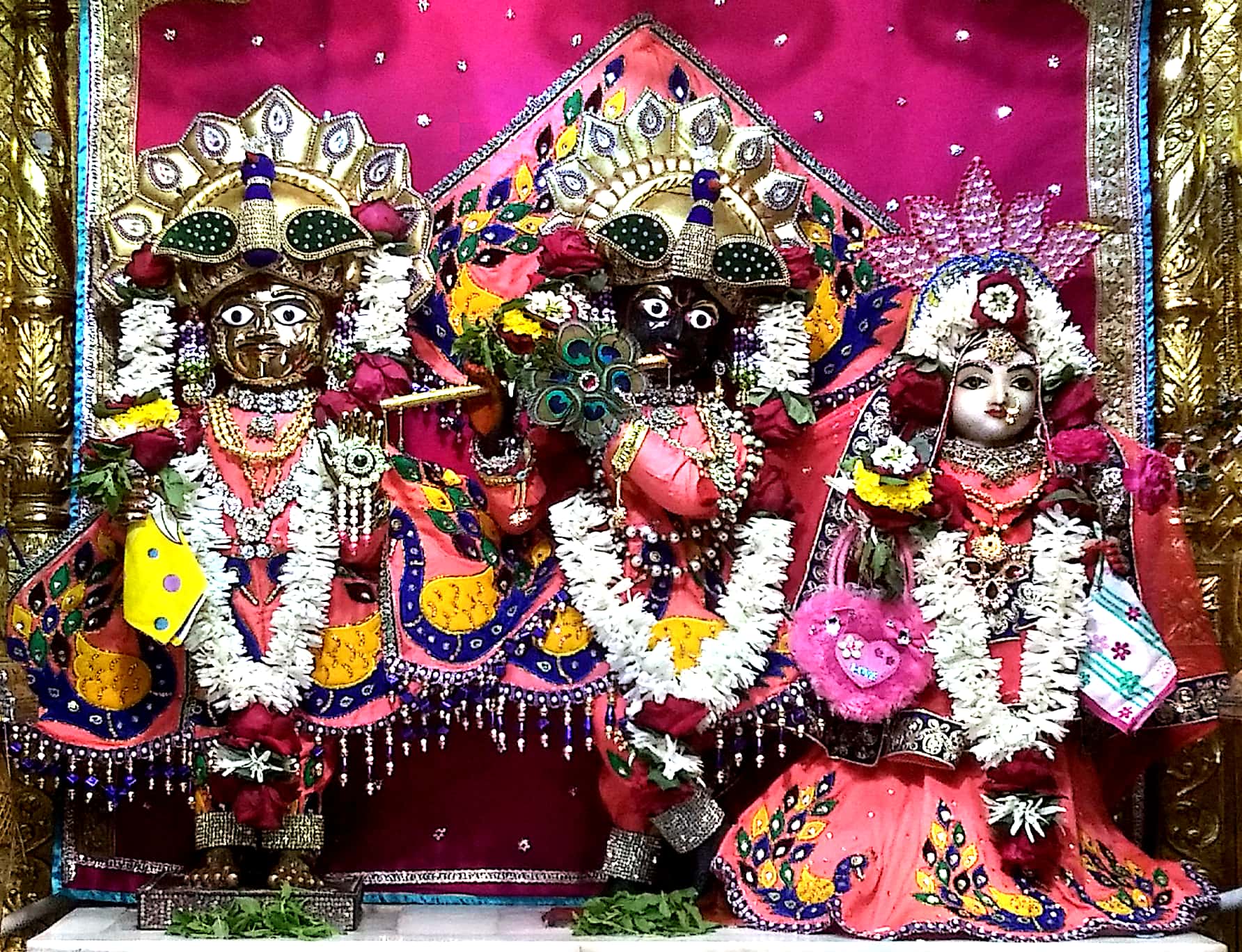 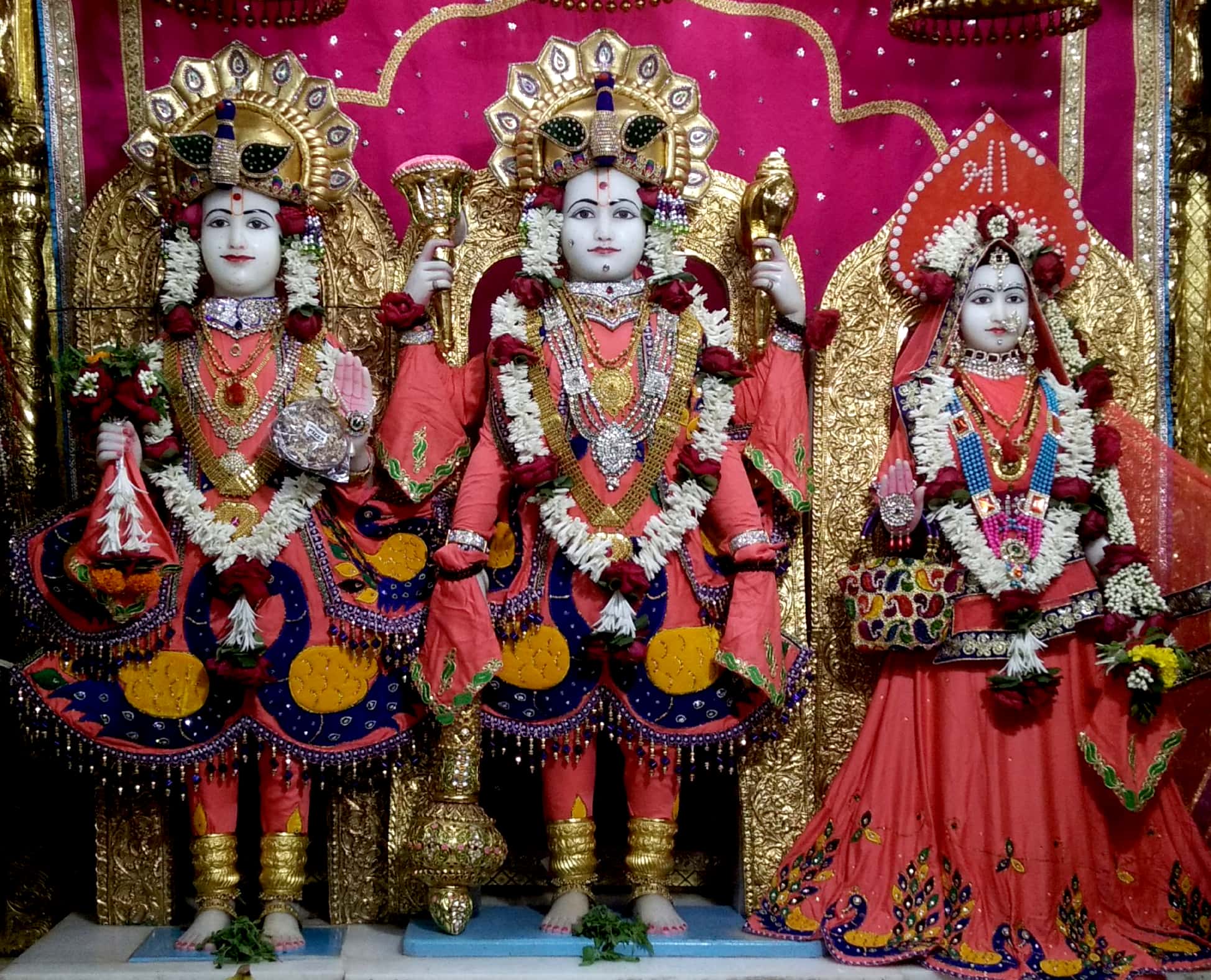