The land where the temple is built, use to be an army training base. Before developments started in 1986 the building remains had either rotted away or collapsed.

The temple committee which consisted of satsangis (devotees) living in the South East London area got together and after liaising with saints from Bhuj Kutch, India bought the land for £45,000. There was much work which needed to be done and had to start immediately.

The murtis (deities) in the temple were specially ordered from India and arrived by sea. Once here, they were kept at a satsangi’s house where golden frames were mounted on the pictures. At this stage the temple was still under construction and not yet ready to hold the murtis.

The three main murtis were placed on temporary sinhaasan (shrine) and nearby devotees would come and do darshan. This started off Sabhas in the evening where the holy scriptures were recited and bhajans and hymns were sang.

Before the temple, satsangis held sabhas on regular basis at each others homes - especially on days of Ekadashi. On auspicious occasions/festivals large halls were hired to accommodate the masses of satsangis which gathered to join in the celebrations.

The community all gathered together for satsang. Eventually the temple was ready and the murtis were moved top their rightful place of worship.

His Holiness 1008 Acharya Shree Tejendra Prasadji Maharaj graced the temple with His divine presence along with over 50 sadhus (saints) from India throughout the whole week. These included Mahant Hariswaroopdasji Swami, Swami Murlimanohardasji and Swami Dharmanandandasji.

The whole celebration was based around one significant event – the Murti Pratistha (the installing of the murtis).

For this to take place a sacred yagna (ritual involving fire) was carried out according to the Vedic Shastras taking 3 days to perform. A Nagar Yatra (procession of the city) was held and started from Woolwich Town centre. The procession comprised of two specially prepared carriages, one that seated the murtis and the other H.H.Tejendraprasadji Maharaj. An instrumental band and youths who performed the traditional Indian march known as ‘lazium’ led the procession.

Devotees who had gathered from around the world to join the celebration followed them. Female devotees carried decorative, traditional vases filled with flowers on their heads.

Once the procession reached the temple, the murtis were taken inside and His Holiness Acharya Shree Tejendraprasadji Maharaj performed the concluding rites of the Yagna Vidhi.

The murtis were then placed in the sinhaasan (shrine) and the final Murti Pratishta Vidhi (deity installation ritual) was performed by His Holiness Acharya Maharajshree. 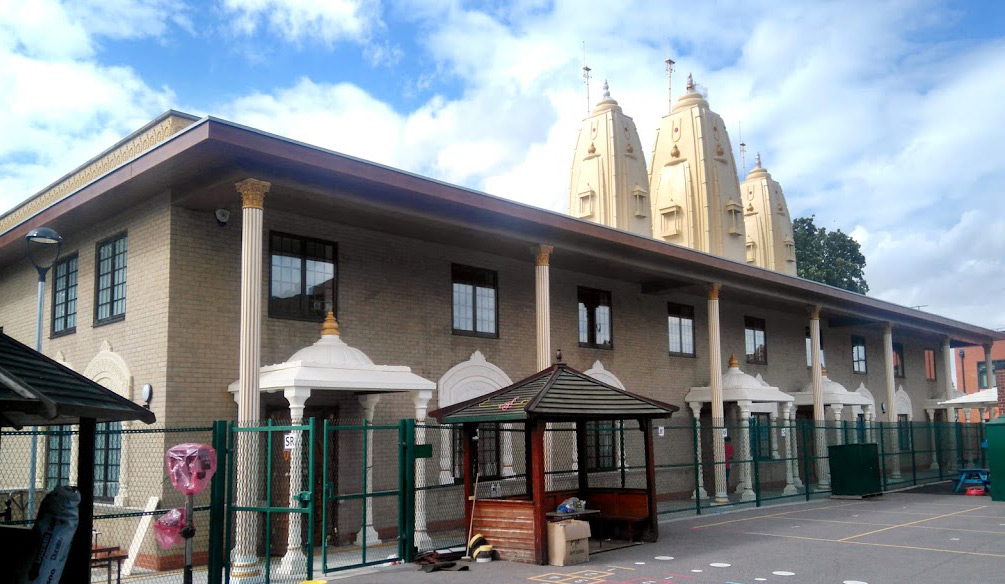 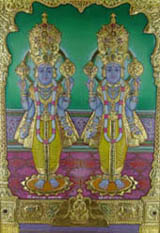 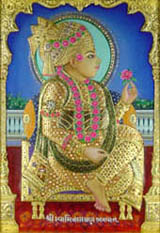 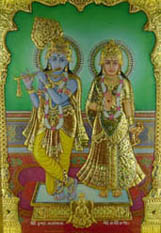