The Swaminarayan Sampraday is a sect of Hinduism, which has been established for approximately two centuries, the founder of this sect was Lord Shree Swaminarayan. In the mid-twentieth century many satsangis had moved to East Africa, they had regular contact with organisations in India. Sadhus and spiritual leaders often visited them, so the religious momentum was continuing. In the 1960s, some of the satsangis immigrated to Great Britain. Because they were religiously conscious and followed the principles of Lord Shree Swaminarayan via the Shikshapatri they wanted to get together for prayers and to celebrate religious festivals.

In the beginning they used to meet up at each other's houses and for religious celebrations communal halls were hired. The number of satsangis increased and it became more difficult to accommodate them. We asked the advice of the late Reverend Mahant Swami Dharmajivandasji. At the time, he was the head priest at Shree Swaminarayan Temple Bhuj. He said in order to keep up the religious practice to guide the younger generation to lead a healthy and spiritually peaceful life, the satsangis in London should look for a centrally located place of worship.

In 1975 a disused church on Willesden Lane was bought and renovated. It was officially opened in late 1975 to the public. His Holiness Shree Tejendraprasadji Maharaj and sadhus from India paid frequent visits to Willesden Temple. On the auspicious day of Sharad Purnima on 11th October 1975, Archarya Maharajshree personally installed the murtis of Lord Shree Swaminarayan, Shree NarNarayan Dev, Shree RadhaKrishna, Shree Hanumanji, Shree Ganeshji and gave his eternal blessings to the Temple. As time went on even the large church building could not accommodate the increasing numbers of satsangis. New activities had also been introduced by this time, such as Gujarati classes, a library, and a picture framing service as well as other youth activities.

An adjoining building was bought thinking that it would solve the problem, but even so this could not meet the needs of the satsangis. In 1986 a proposal was put forward to demolish the two existing buildings and in its place build a three temple storey complex, which would combine the traditional Hindu Temple architecture and British designs. It would include a car park in the basement, prayer halls on the ground floor and a social and community hall and rooms for Gujarati classes on the first floor. Also there would be cooking, washing and storage facilities, religious books, audio/video cassette library, picture framing services and other activities. The proposal was whole heartedly and unanimously accepted. With the blessing of learned sadhus from Bhuj Temple, donations started pouring in. satsangis took this as an opportunity to make financial contributions towards this holy cause and within a day a sum of half a million pounds was pledged. The flow of contributions has not stopped to this day.

The ceremonial stone was laid on Sunday 12th October 1986 in the presence of holy sadhus from Bhuj Temple, the Mayor of Brent and other dignitaries. The demolition of the two buildings was started in November 1986 and the construction of the new Temple building soon followed. The building of the Temple was greatly accelerated due the effort and time put in by our satsangi volunteers, who worked on weekends, late evening and public holidays. A year and a half later the project was completed. The official opening of the complex was on Friday 29th July 1988 in the presence of H. H. Archarya Maharajshree and his family, sadhus and Swaminarayan satsangis from all over the world.

Since 1988, Willesden temple has produced material aimed more towards the western orientation. Youngsters these days are more likely to read and understand text in English, therefore in 1992 we published a highly successful version of the Shikshapatri translated into English, so that the youth of today can follow the basic rules that Lord Shree Swaminarayan intended on us to follow.

In 1993 Kirtan Dhara, Volume 1 was released where the Awaaz music group joined forces with Willesden Temple to produce this album. Kirtans were taken from the Kirtnavali, so that the young and elder generations could listen to and enjoy the true flavour of our Kirtans. As our Temple has been constructed incorporating both eastern and western architectural design, it felt that the music in this album should be produced to feature both these cultural identities. As the public demand from Europe, America and India grew, 1993 saw the release of Kirtan Dhara Volume 2. They had also been taken from the Kirtnavali, again allowing all generations of satsangis to experience the soul, spirit and essence of our religion and culture.

The Gujarati School that had first opened in 1977 teaches the fundamental stages of Gujarati to the more advanced levels. In 1994 the Shree Swaminarayan Temple Willesden Gujarati School officially became a centre, where students could take their final Gujarati GCSE exams at the Temple. Previously, the textbooks were imported from Gujarat, but their contents and format were not relevant to the environment and proved to be unsuitable for the younger generation of teachers and the modern students. Therefore, in late 1995 our Gujarati school took yet another step forward by starting the process of producing our own textbooks. 1n 1998, these books were produced and are now used by all students in the school. With approximately 500 students spread over both days, and 60 volunteers as teachers, the pass rate has increased from 90% to 100%.

The SSTWSC Academy, which opened in November 1997, will be celebrating its 3rd anniversary this year. The Academy is a way to encourage the younger generation to take part and become a part of our Temple's activities. Through the Academy, volunteers started the SSTWSCA Newsletter that was officially presented to H. H. Acharya Maharajshree in July 1998 on the 10th auspicious Varshik Patotsav of Willesden Temple.

In order to allow the children at the Gujarati school to concentrate on their studies, purpose-made classrooms were required. In March 2000 work began on building another floor to accommodate the students from Gujarati School. Once again the labour was completely voluntary based and most of the materials were donations from satsangis. As the Gujarati School had moved to the new floor, the existing classrooms were demolished and the whole wedding hall has been renovated and decorated.

This year our volunteers have put in great effort with the building work and the organisation of the 25th Silver Jubilee Celebrations. Willesden Temple is proud and very appreciative of all our volunteers who have helped to make Shree Swaminarayan Temple Willesden the success it is today. We hope that you will continue to provide us with your services and effort. 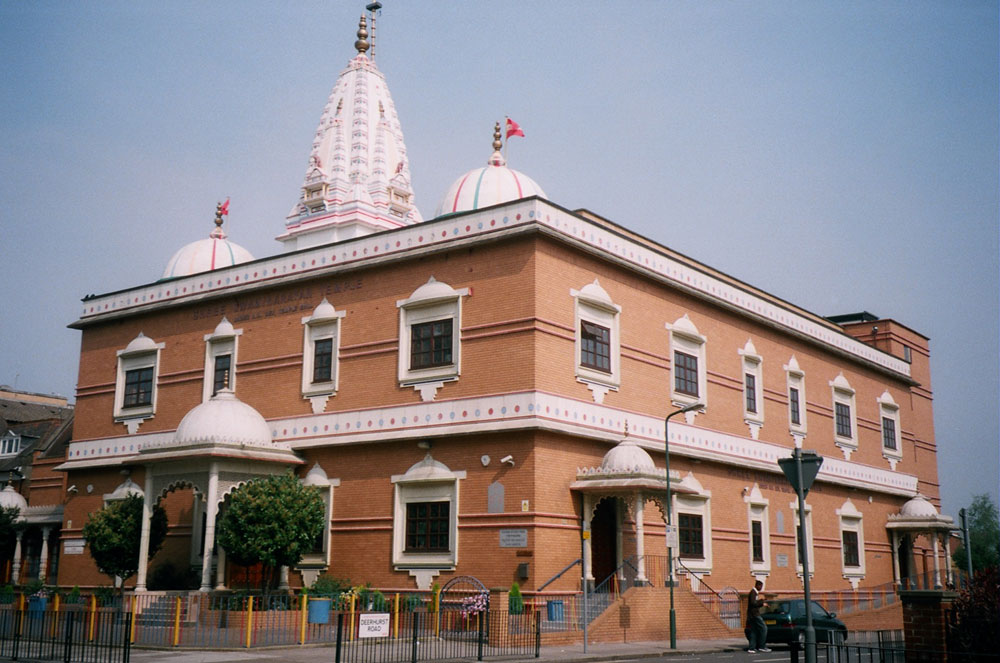 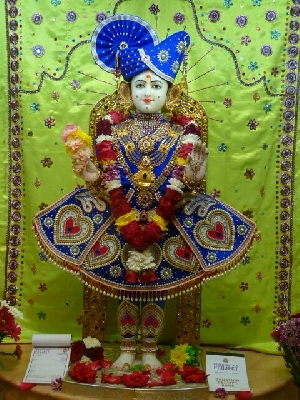 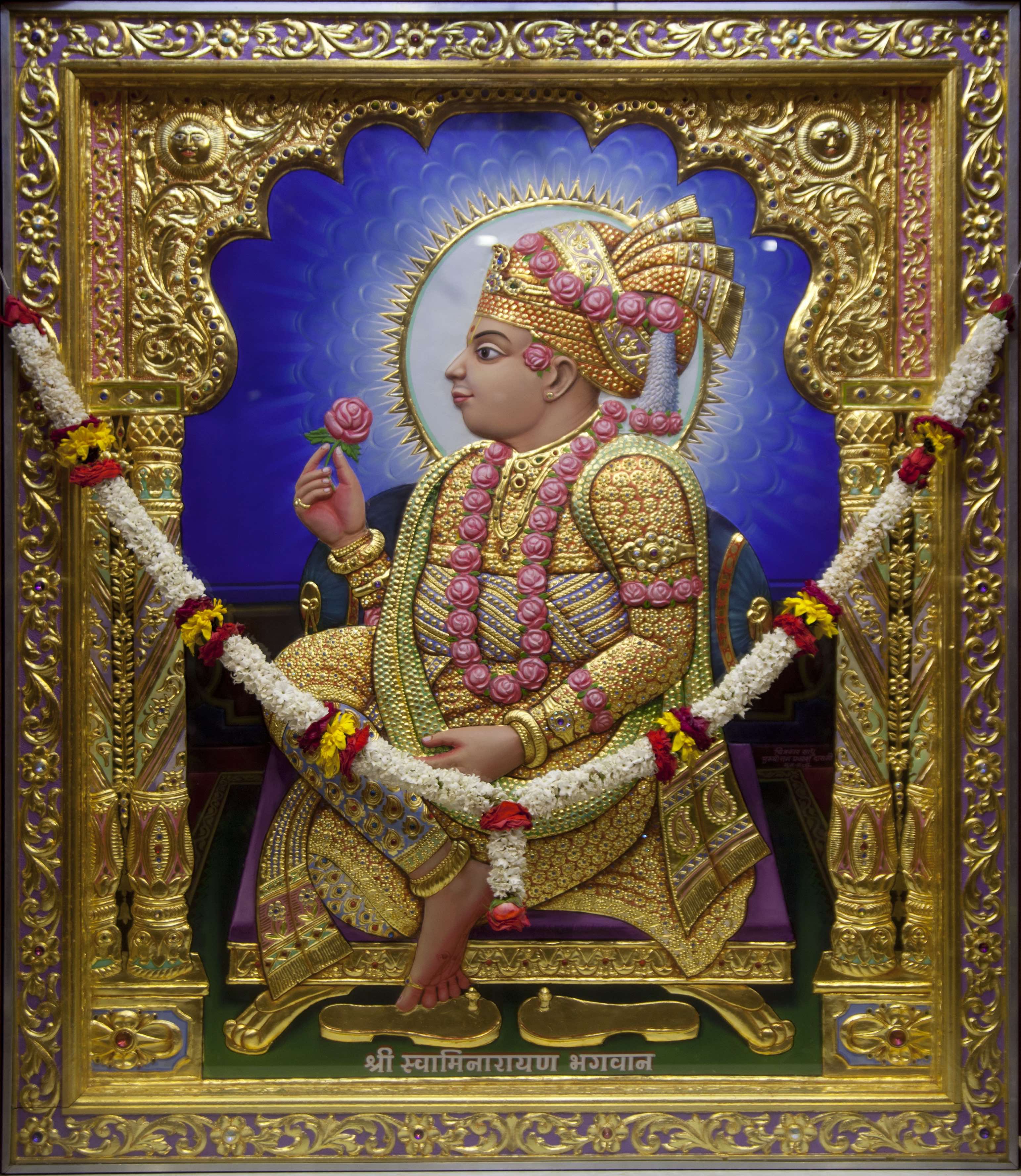 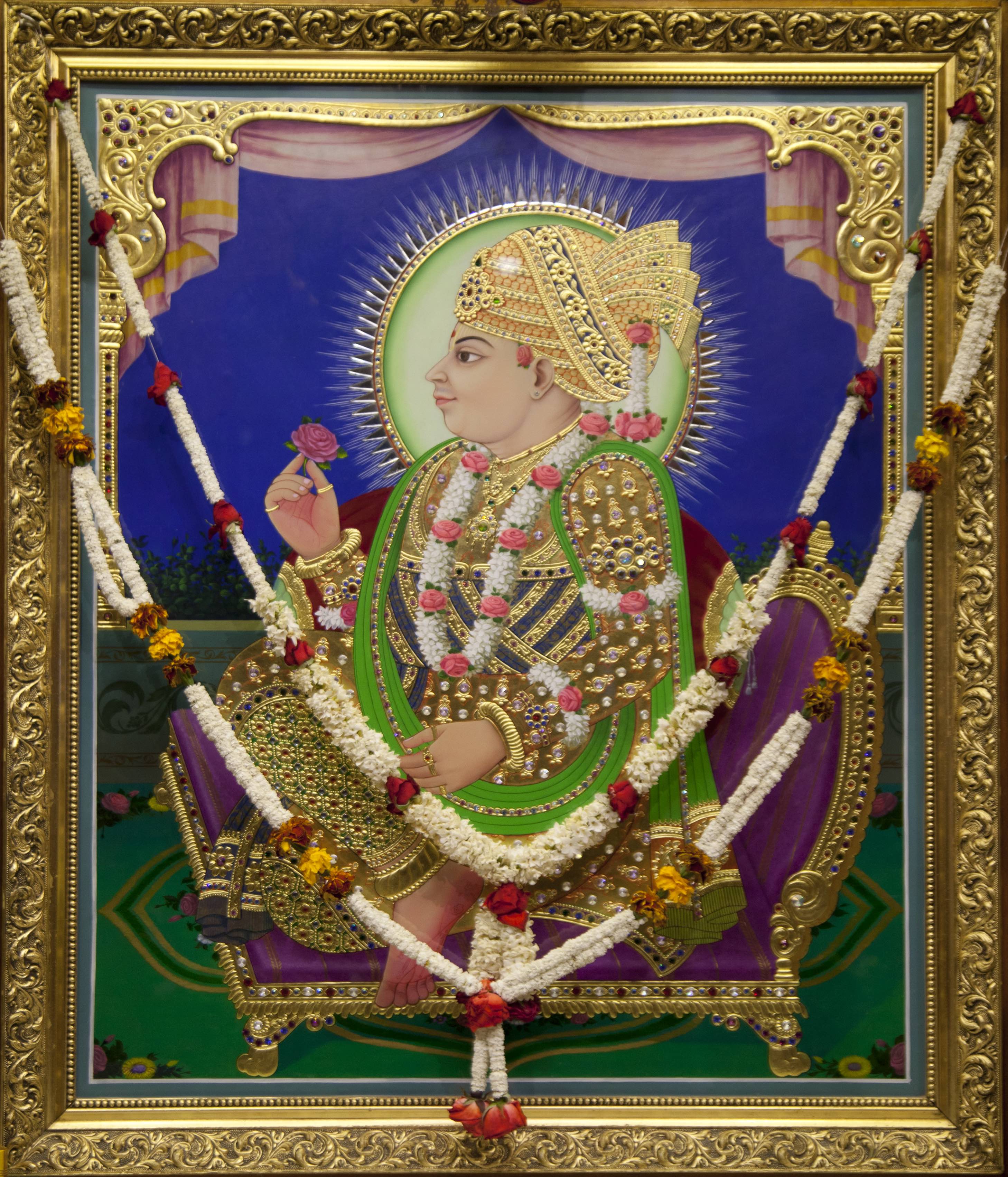 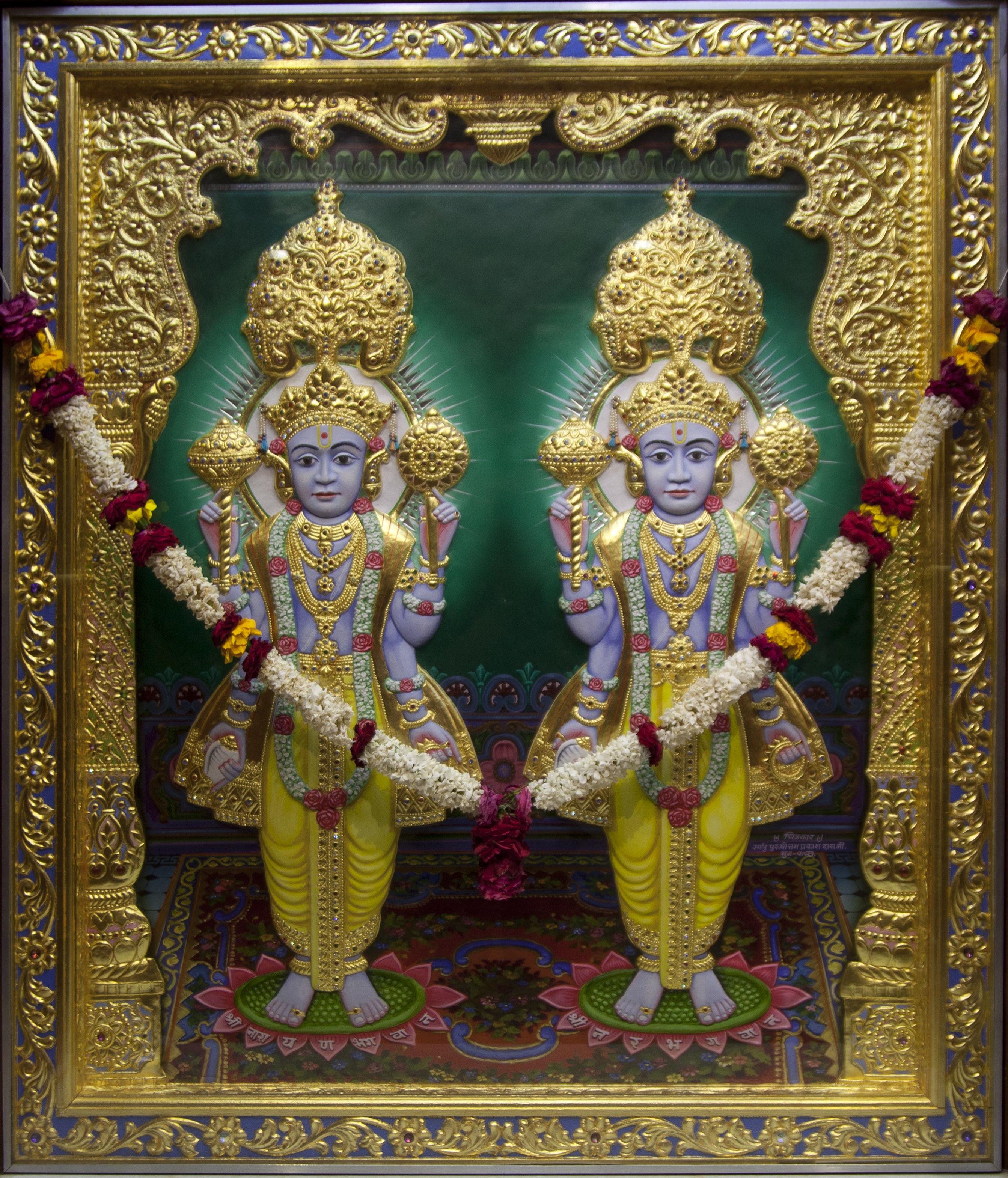 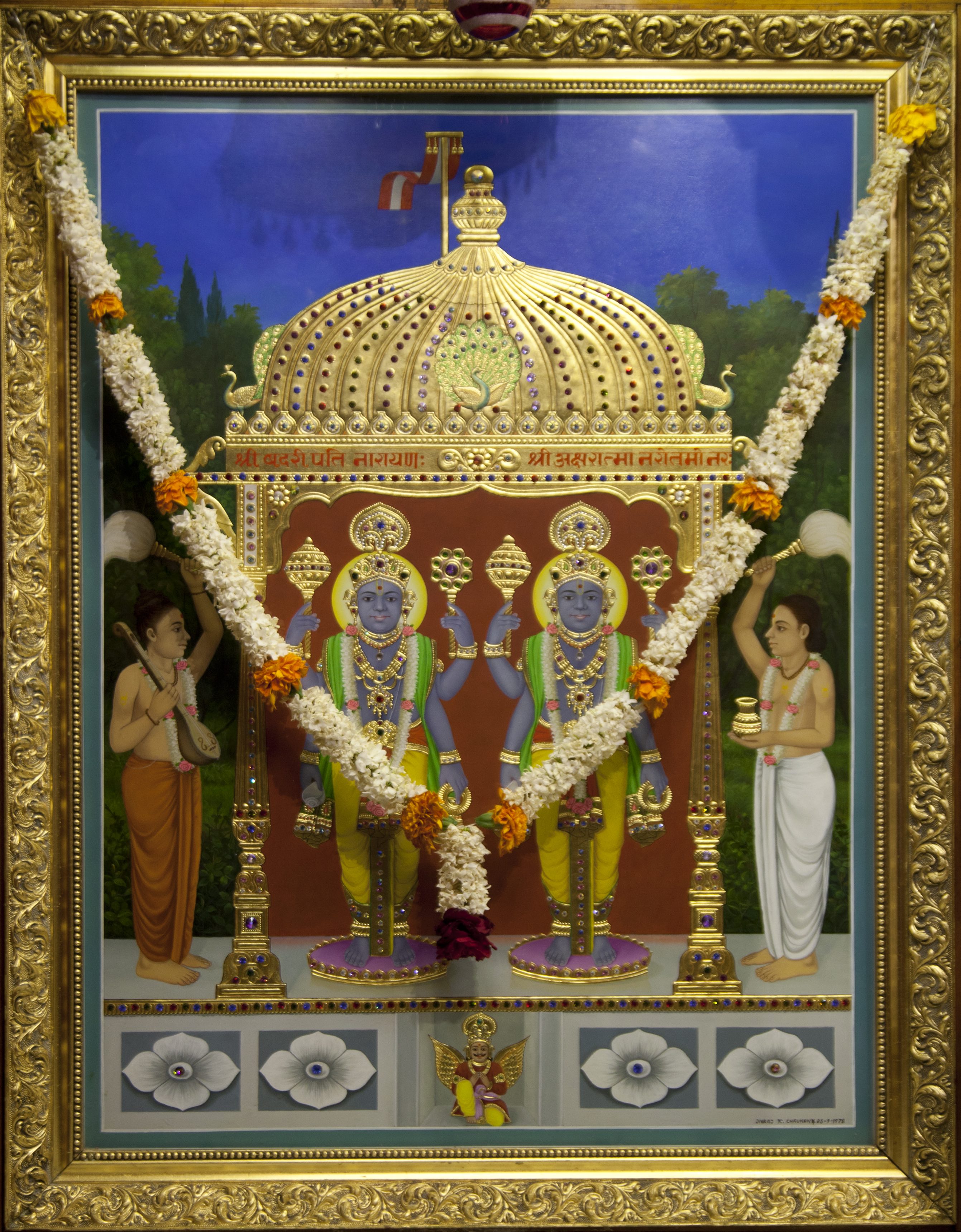 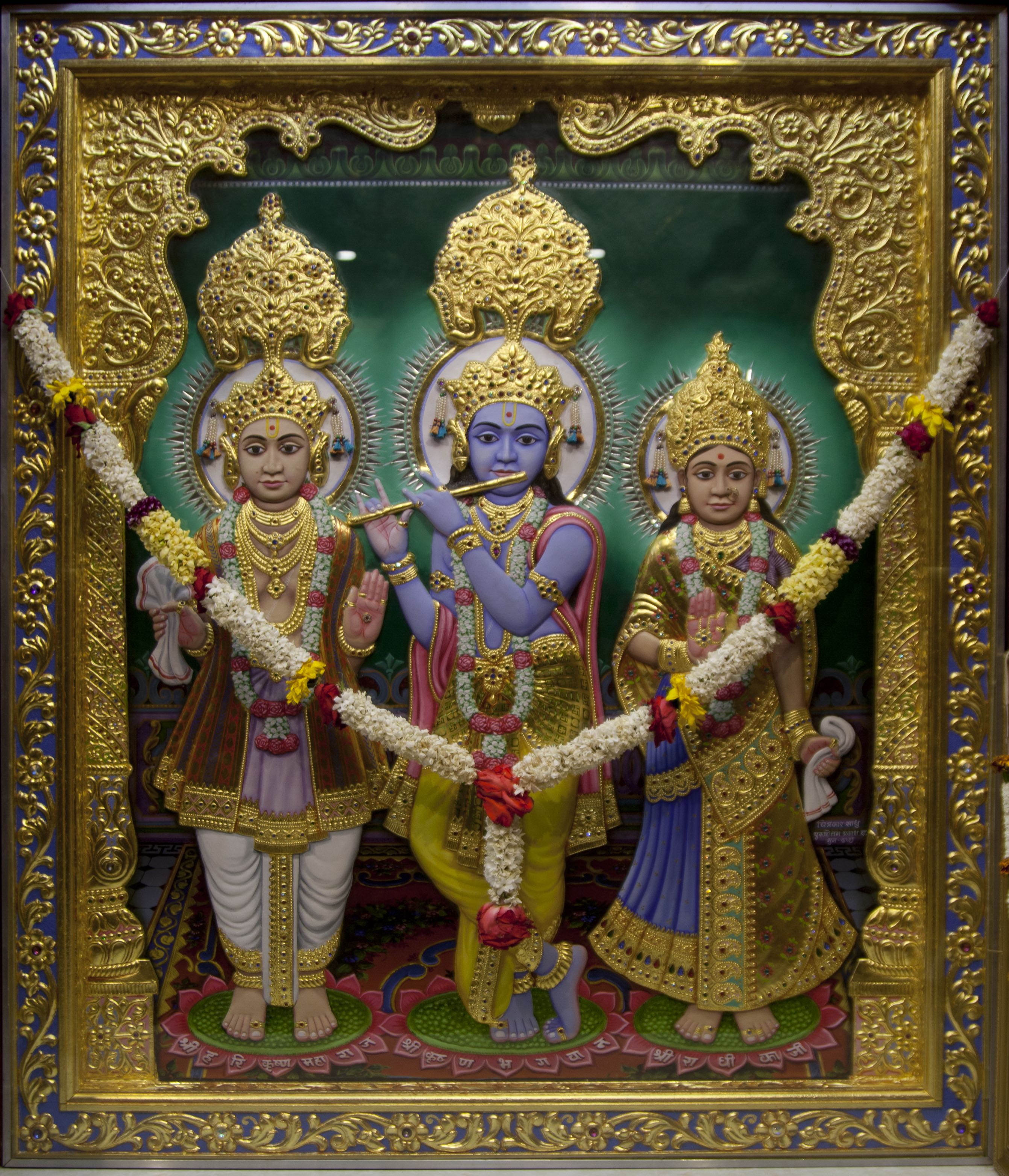 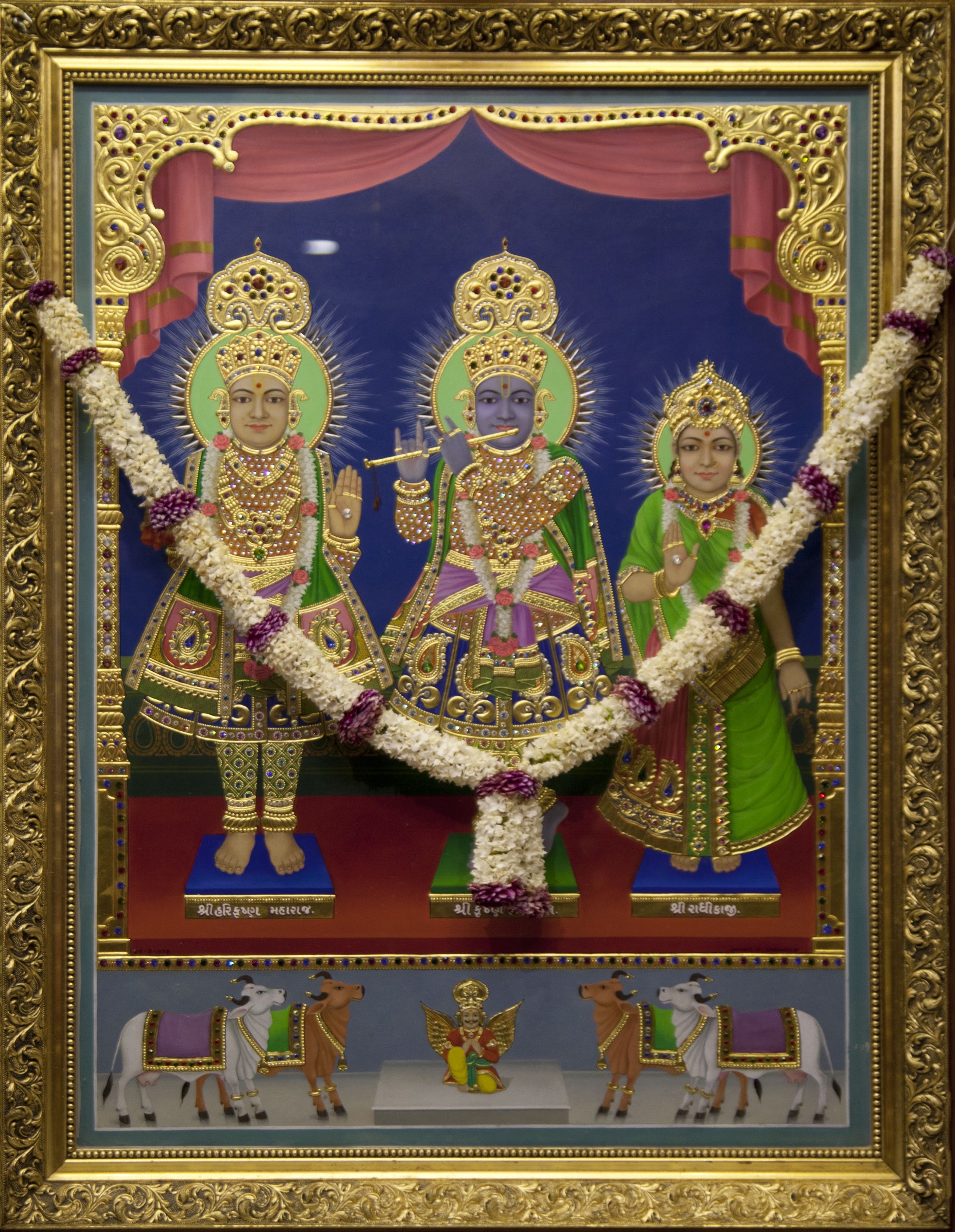 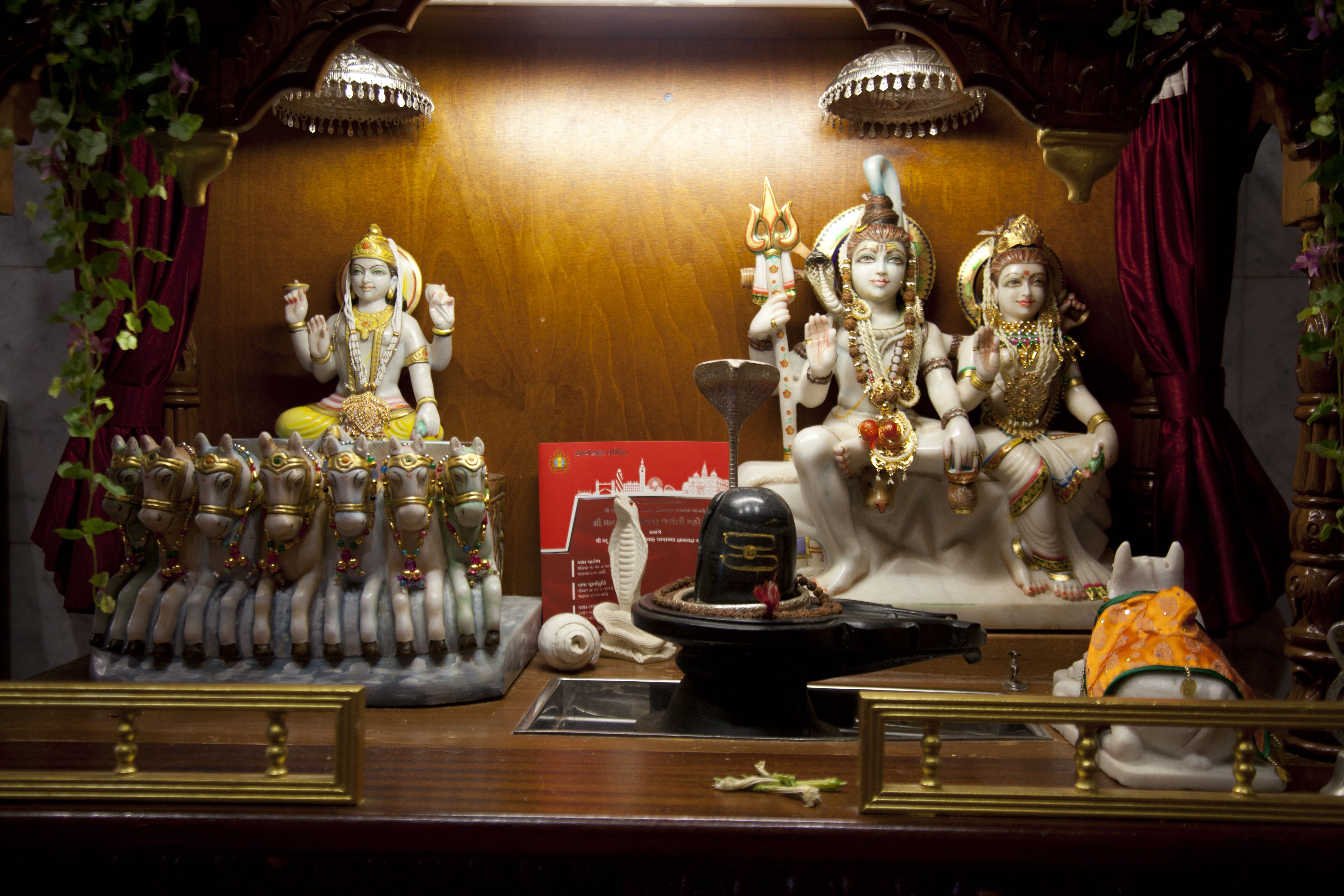 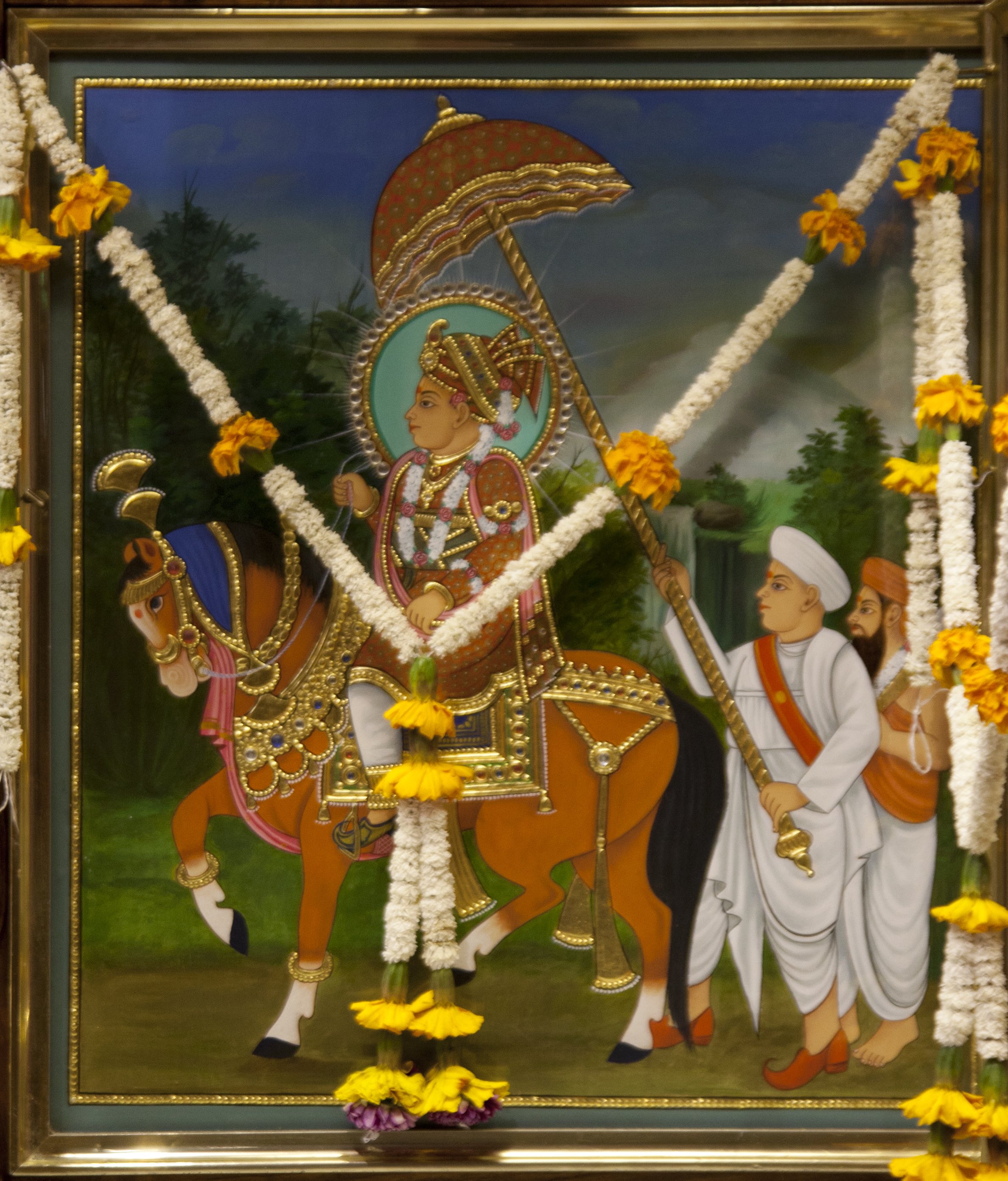 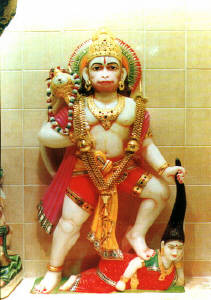