The land for construction of this first shrine of Swaminarayan Sampraday, was gifted by the British Imperial Government. The task of constructing this pilgrimage place was entrusted personally by Lord Swaminarayan to Ananandand Swami.

This was the first temple of the Swaminarayan Sampraday constructed as per scriptural norms with intricate carving in pure Burma-teak and constructed with sculptural art by depicting deities' episodes, auspicious symbols and religious icons representing axiomatic religion and Indian culture. The temple is believed to be a valuable cultural heritage in the socio-religious history of Gujarat and India.

The installation ceremony of the murti forms in the temple was celebrated in the presence of thousands of pilgrims representing many parts of India.

The Haveli (Mansion) to the west of the temple used to be the official residence of Acharya of the Uttar Desh.

The ground floor of the front side, houses the offices and the inner portion accommodates the residency of the Samkhya Yogi women. In the inner temple, the Gadiwalla (the Acharya Maharajshri's wife & spiritual leader of the females in the Swaminarayan Sampraday) holds religious assemblies solely for the benefit of the females. An idol of Ghanshyam Maharaj has been installed in this temple and is served by the Sankhya Yogi female devotees. 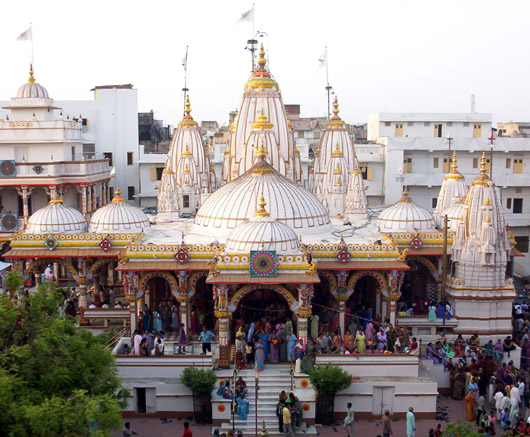 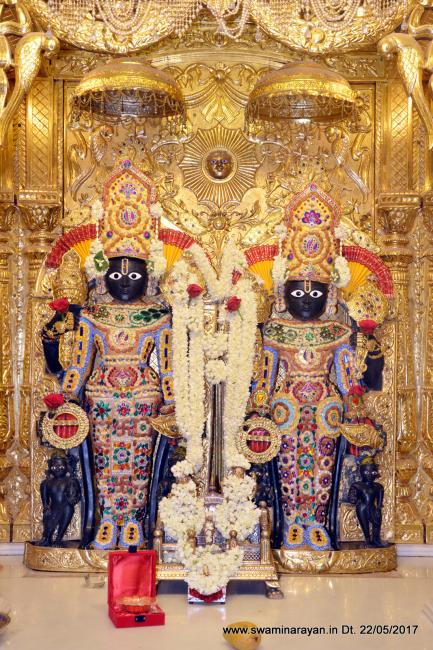 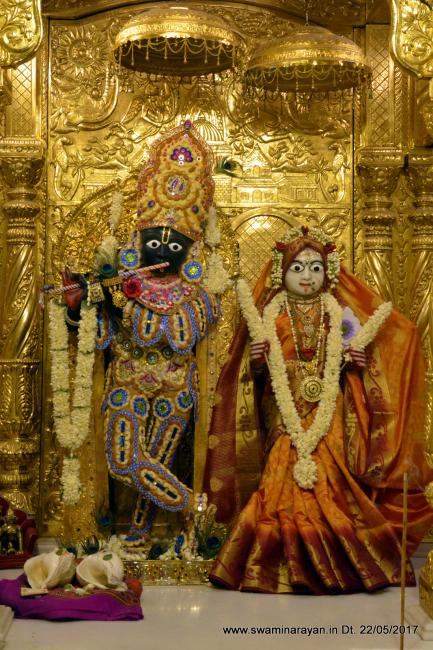 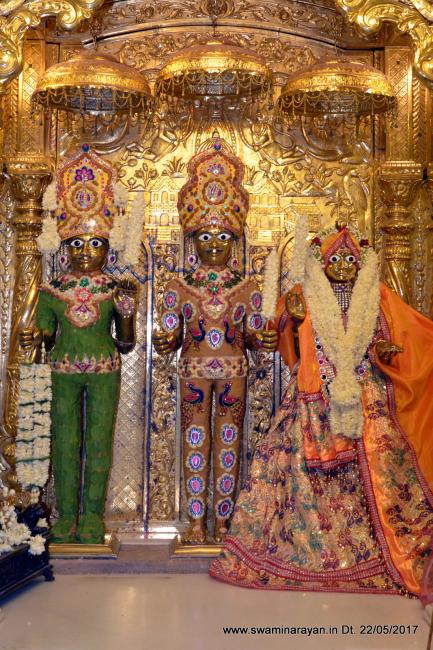 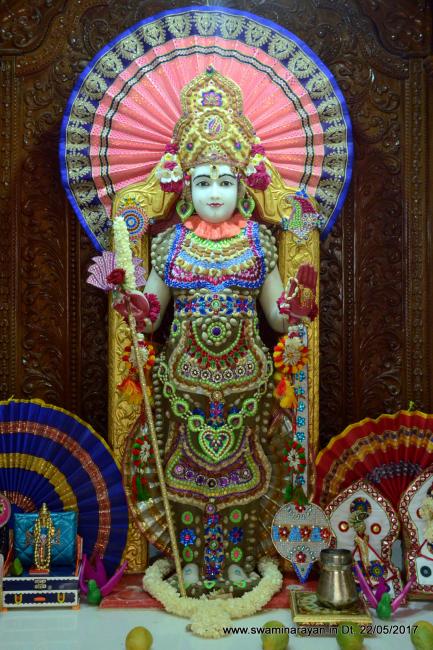 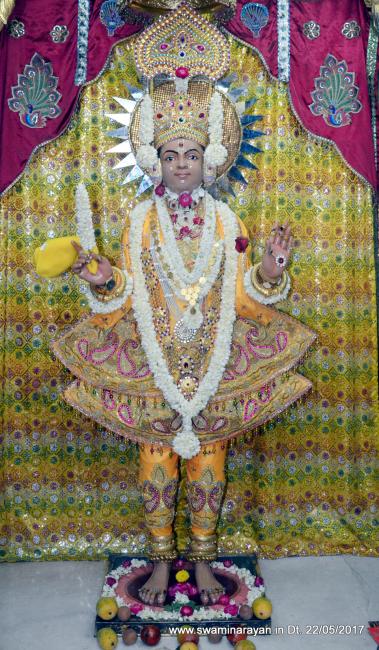 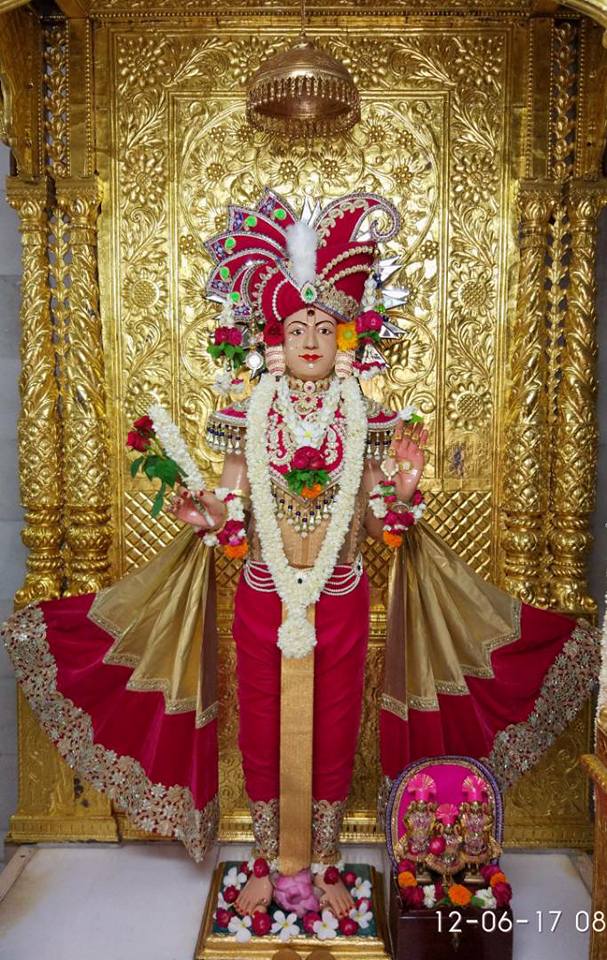 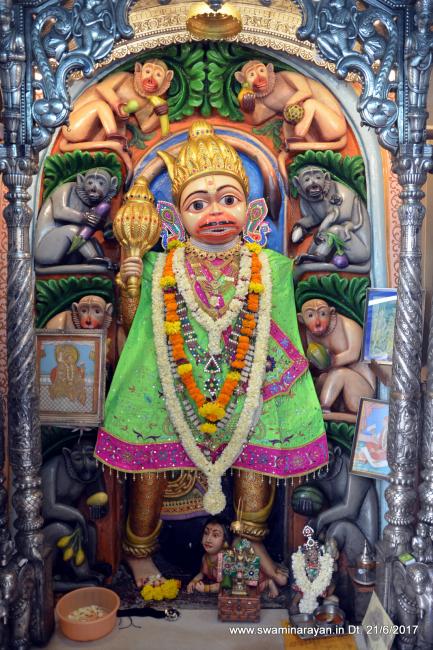 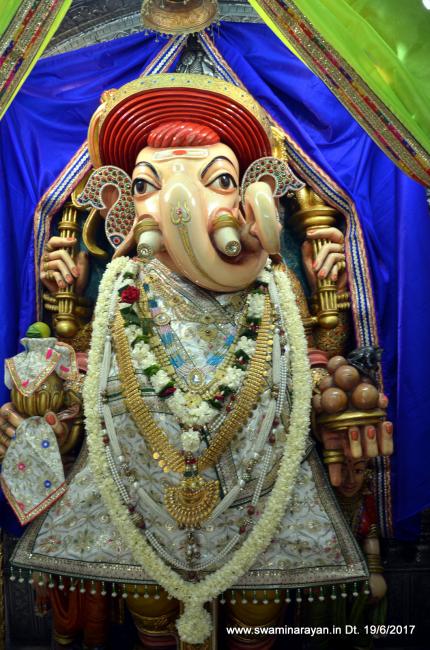 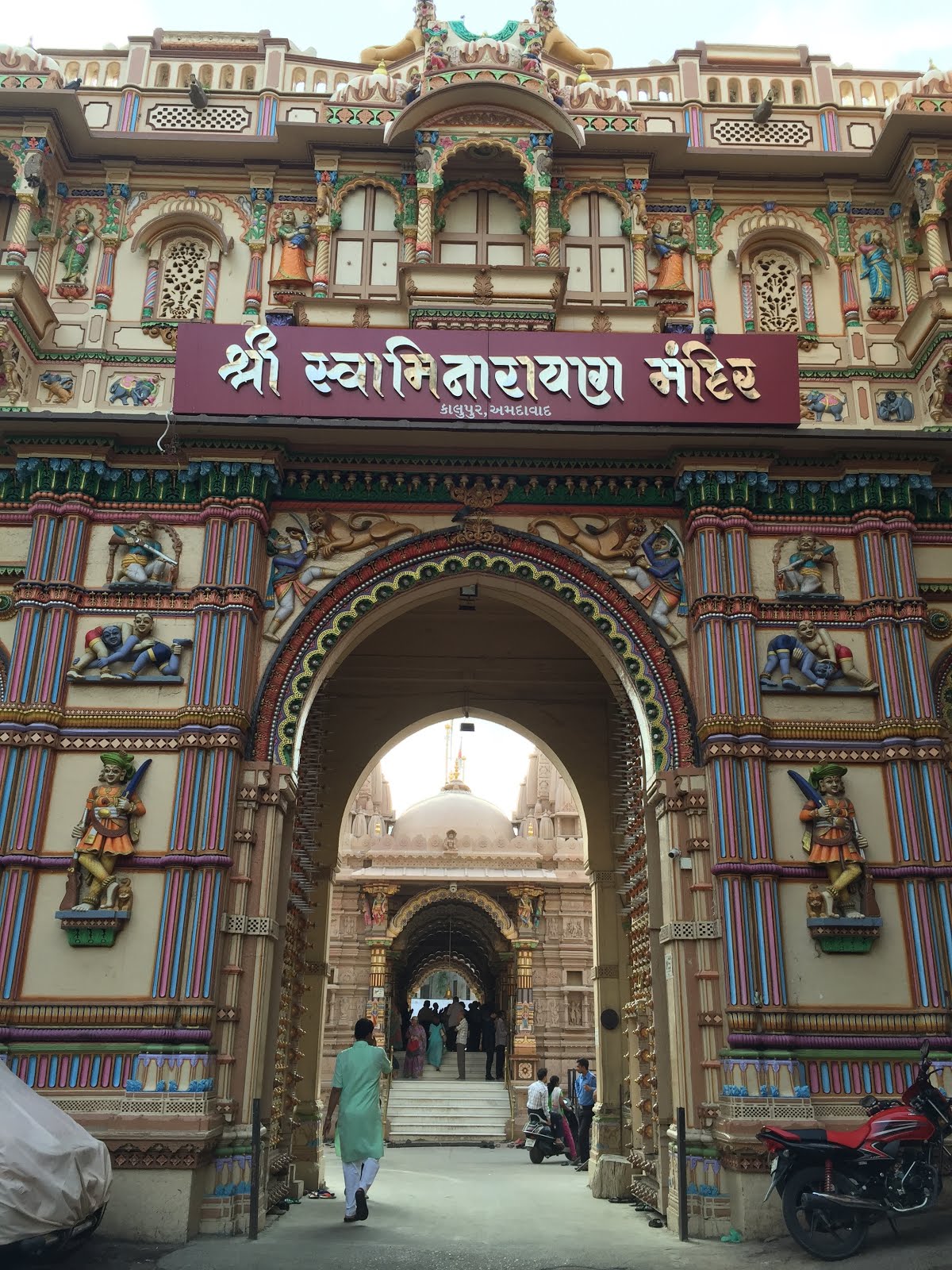